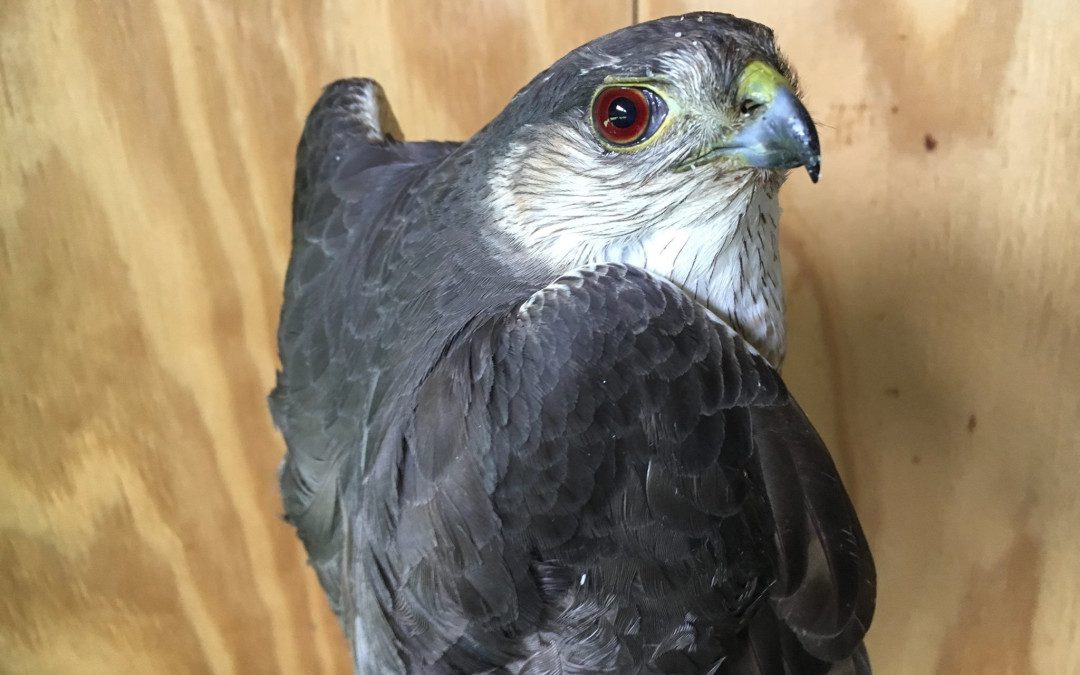 Braddock Bay fans often enter into the month of May lamenting that the hawkwatching season has past its peak, and it’s all downhill in terms of raptor migration at least.  It doesn’t help that our eyes are easily turned to the colorful menagerie of warblers and other songbirds that make their way along the lakeshore, too.  Warblering is a nice distraction on days when hawks are just not cooperating (and sometimes when they are.)  While it is true that the season’s end is closer at this point, it is far from over and there can be plenty of exciting raptor moments left to be had as the days get longer and the temperatures warm (for the most part!).

The raptor gods seemed to smile on us early in the month, or take pity on us perhaps, for even on a few days with Northeast winds, we still had some decent flights.  Take May 3 for example, when over 6,000 Broad-winged Hawks filtered through, and 52 Bald Eagles as well! http://hawkcount.org/day_summary.php?rsite=353&ryear=2016&rmonth=05&rday=03  A little over 2,000 Sharp-shinned Hawks were also tallied in May, which is almost half of the season total.

Speaking of Sharpies, the banding stations had some great days in May, reminiscent of the good ol’ “Sharpie Madness” days.  Over 150 Sharp-shinned Hawks were banded just during the month of May, and mainly over the course of just a few days.  A nice variety of adults and immatures, males and females were captured.  One of them is pictured above – a gorgeous adult female that was banded and photographed by Barbara French.

The hawkwatch season also ended on a high note, with some great sightings to boast.  The morning of May 25 brought a rarity to our site, as a Mississippi Kite was sighted!  The last Mississippi Kite seen at Braddock Bay was in 2012.  That same day, later in the afternoon, not one but TWO Swainson’s Hawks were tallied as well!  The first to be seen was a light morph, and a dark morph followed it about 20 minutes later. http://hawkcount.org/day_summary.php?rsite=353&ryear=2016&rmonth=05&rday=25 Two season records were also reached at the hawkwatch in 2016.  First, we had a record number of Peregrine Falcons with 51 for the season!  The previous season record was 45 back in 2004.  Thanks to the extra efforts of counter Ryan MacLean, we also tallied up a new season record for Bald Eagles which ended up being 664 for the season!  The previous record was 648 counted by Luke Tiller in 2013.  To think back to the early days when the hawk counts were just beginning, in the late 1970’s and 1980’s we were lucky to see a couple dozen of these magnificent birds.  Their comeback is truly a conservation success story.